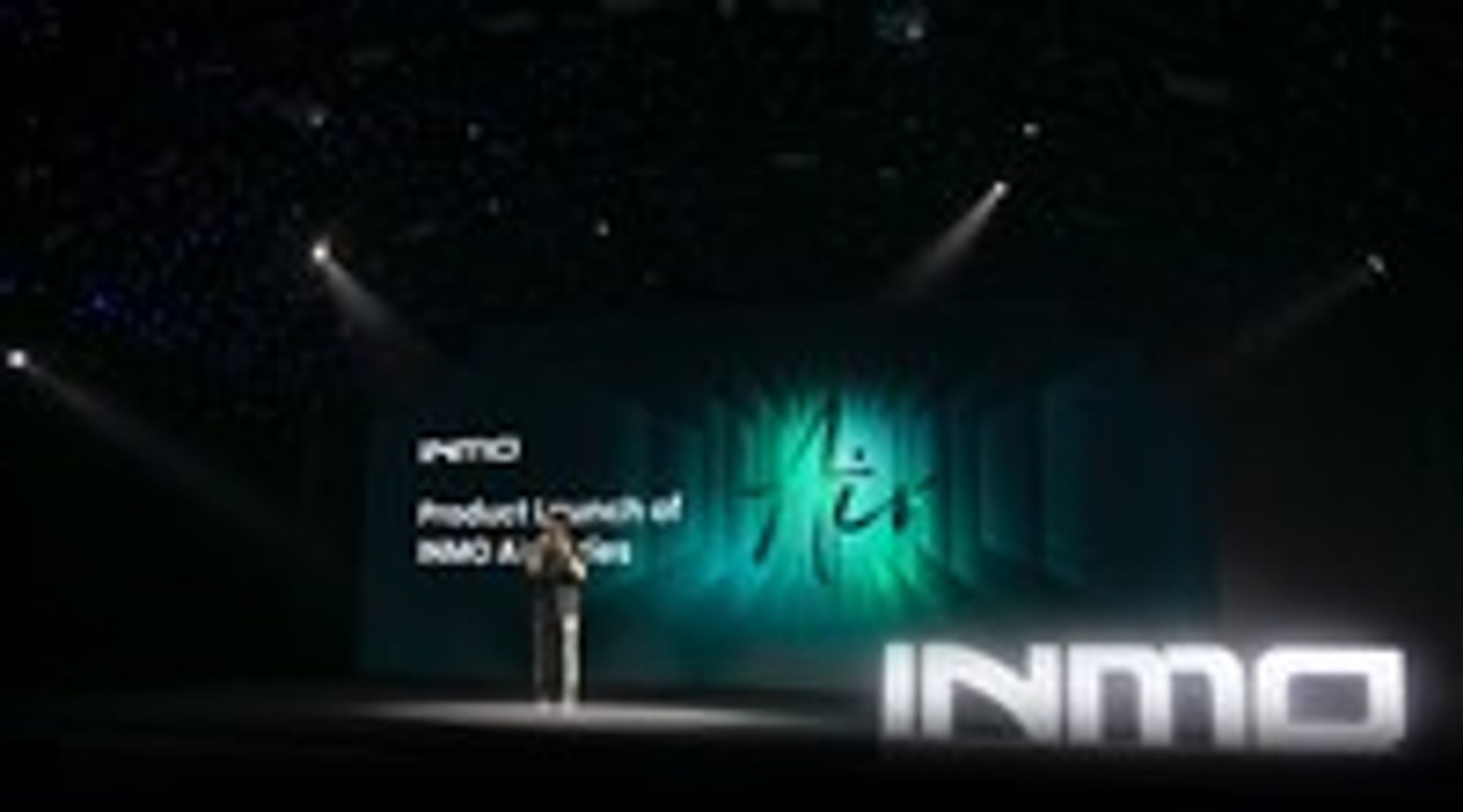 SHENZHEN, China, July 29, 2021 /PRNewswire/ -- On July 26, 2021, INMO held a product launch event to unveil the company's new generation consumer-grade AR glasses INMO Air. Many of its partners and media guests were invited to the event to witness the grand launch and experience the product's applications in multiple scenarios.INMO Air is now available on Indiegogo.

CEO of INMO announced the official release of the INMO Air

Mr. Yim Yang, the founder and CEO of INMO, announced the official release of the INMO Air. He elaborated on the company's pursuit of consumer-grade AR glasses in the past year around user's needs, and his understanding of the AR track. Mr Yang shared with everyone his company's efforts to persistently surpass itself and consistently search for the final form of AR glasses. INMO is committed to everyone owning a pair of stylish, slim, user-friendly and affordable AR glasses.

Mr. Yang said that INMO has chosen a path that few people dare to take and created a brand-new technical route. He also elaborated on his company's brand concept: to challenge the impossible together with the Z generation, and to truly open the entrance to the "metaverse".

Mr. Ryan Zhang, the product director of INMO Technology, gave a detailed introduction on INMO Air's software and hardware and product applications. With "liquid style" and "surrealism" as its design concept, the appearance of INMO Air has been fully upgraded, making it more fashionable to wear. The whole glasses maintain a consistent wireless integrated design and supports independent computing. The main frequency is upgraded to 2Ghz, and the performance is doubled compared to the previous generation. The optical display pioneers the vertical array waveguide technology, making its viewing angle completely unobstructed, while it still looks like ordinary glasses from the front. The new product has further optimized its battery life, reaching 4 hours of continuous use, and at the same time it has introduced a brand-new 3D Launcher display interface and adds more interactive methods including voice, head control, and fusion positioning.

In addition to the three basic functions of the previous generation product: call, music, and photo& video, INMO Air adds a series of new and interesting applications, such as AR navigation, instant translation, smart assistants, and Discovery, a travel& shop application, to allow consumers to further break away from the shackles of mobile phones and open a new way of life. For example, the video clips that turns "offline PUBG" into reality aroused enthusiastic response from the scene. It's worth mentioning that Ryan Zhang's entire speech was completely "out of draft", as he used his smart glasses as a "public speech teleprompter". INMO is committed to opening the SDK to more developers so as to explore more applications together with their partners in the INMO Verse.

Mr. Alfie Lv, the co-founder and CMO of INMO, shared with the audience the enthusiastic response from users of overseas sales platforms and social media, and announced that the official price of INMO Air was set at US$ 469. Its sales will start on INDIEGOGO, the only designated sales platform in the world, INMO Air is now available on Indiegogo.

INMO will start the INMO Verse project this year, from the "Developer Program" to the "Brand Experience Officer Program", focusing on themes such as photography, games and tourism, aiming at attracting more Z-generation users. Alfie Lv said that INMO will work with its peers to create an "AR ecosystem" and will launch the "One Hundred Cities Program" for agents, distributors and partners, so that more consumers can experience INMO Air in person.

Unlike the wide variety of audio glasses, camera glasses, and mobile phone projection glasses on the market, INMO, as an explorer of consumer-grade AR glasses, has chosen the most difficult path--wireless AR glasses with independent computing power, a product form that has almost not been tapped by other manufacturers and is quite "groundbreaking". The public's needs and understanding of the AR glasses is still in its infancy, but industry explorations like what INMO has been doing will bring more imagination to the public, accelerate the maturity of the AR ecosystem, and truly open the entrance to the "metaverse". We look forward to the era when everyone like what shows in the movie wears a pair of high-tech glasses sooner.

Established in 2020, INMO creates modern technology products for young users to stay informed about trends and technology. Together with this generation, INMO aims to explore and create a new lifestyle for the future.

In July 2020, INMO released the first ultra-thin, all-in-one AR glasses, the xView, at the China Resources Art Center in Shenzhen Bay, and introduced the leading innovative AR design to the world. Since then, INMO has released other AR smart glasses products and collaborated with many domestic and foreign head-content companies. From software and hardware development to content applications, INMO's products have been used in a wide variety of platforms such as games, sports, and aiding tourism. As the head partner of Epson and the one and only designated XR manufacturer for the Qualcomm 2021MWC, INMO and its products have benefited archiving, industrial engineering, and many other industries.